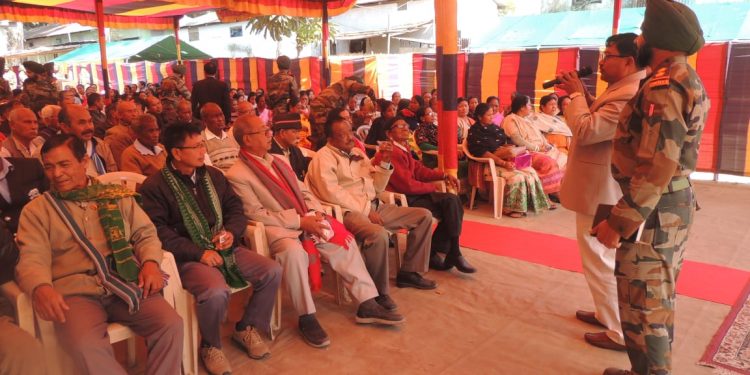 Veterans Conclave was conducted by a unit of the Red Horns Division at Patharghat in Assam’s Kokrajhar on Wednesday.

The conclave provided the veterans of Indian Army with a platform for resolving various post-retirement issues.

The Conclave was attended by one veer nari, one war widow, 92 widows and 262 ex-servicemen.

A number of stalls were put up which aided the veterans in the verification of documents, registration on Directorate of Indian Army Veterans (DIAV) Portal and ADLRS, ECHS information, update on emoluments received by the veterans, documentation for Canteen Smart Card and a special assistance counter for miscellaneous queries by the veterans.

The veterans were informed about the latest initiatives on enrollment of girls in Army to facilitate their wards and the assistance being provided in pre-recruitment training at unit headquarters were highlighted.

The conclave also included an interactive session, awareness programmes on welfare schemes for next of kins and veterans by the Zila Sainik Board, Kokrajhar district.

A thorough medical check-up was conducted by a medical officer followed by refreshments and lunch.

The event was made lively by organizing an entertainment programme.

A total of 356 veterans benefited from the conclave and the efforts undertaken by the unit were highly appreciated by the veterans.