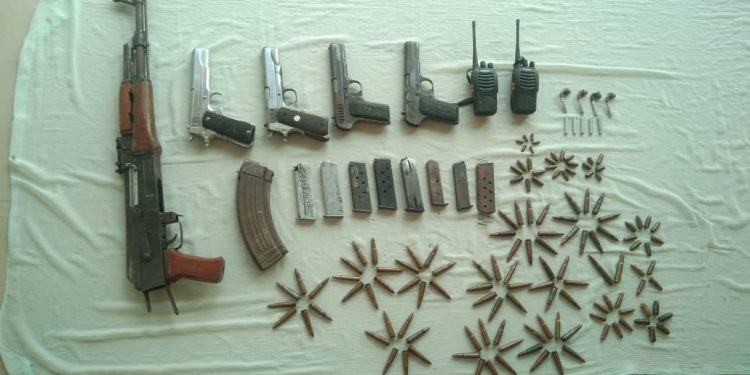 The arms were recovered from Nepalpara Rubber Bagan in Udalguri district where the police found them kept hidden underground, said police officials.

Based on intelligence inputs, Udalguri police conducted a search operation and recovered the arms and ammunition.

During the last few months, especially after the NDFB factions signed the Bodo peace accord on January 27, police have recovered a large quantity of arms and ammunition from four BTAD districts—Kokrajhar, Chirang, Baksa and Udalguri.