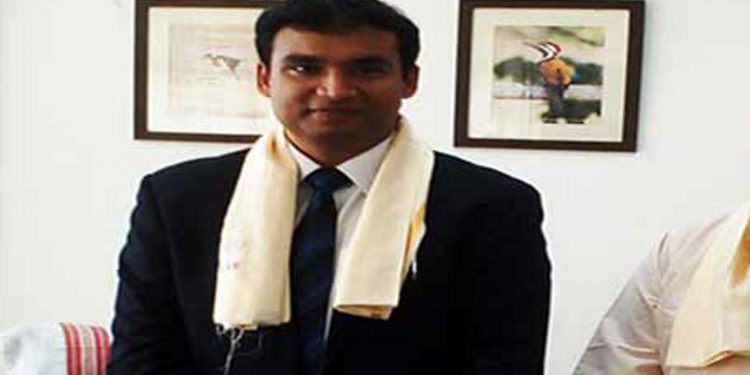 In a minor reshuffle, the Assam government has transferred Bongaigaion deputy commissioner Adil Khan and appointed as the new transport commissioner of the state.

Prior to his appointment as the Bongaigaon DC, Adil Hussain served as the Hailakandi deputy commissioner.

He took charge as Bongaigaon DC as per an order issued on January 8, 2019.

IAS officer Oinam Singh has been appointed as the managing director (MD) of the Assam Industrial Development Corporation Ltd. (AIDC) under the Industries and Commerce Department of Assam. 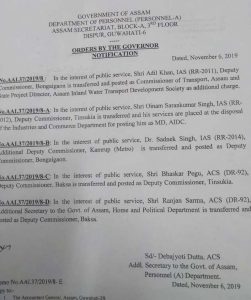 Meanwhile, ACS officer Ranjan Sarma, who has been serving as the additional secretary to the government of Assam, home and political department, has been transferred and posted as the deputy commissioner of Baksa.