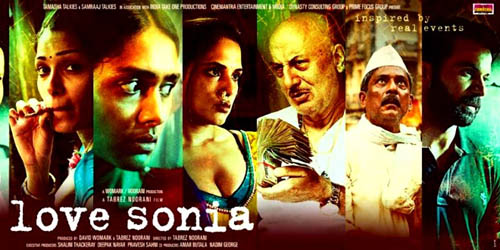 The trailer of the film, which also marks Tabrez Noorani’s first film as a director, was launched on Thursday.

The film has got standing ovations globally for its story about human trafficking. It also won the Best Indie Film Award at the Indian Film Festival of Melbourne 2018.

Love Sonia is about a 17-year-old girl who risks her life to rescue her sister from a vicious human trafficking network across India, Hong Kong and Los Angeles.

Noorani, has previously been associated with films like Life Of Pi, Zero Dark Thirty and Slumdog Millionaire.

The film is scheduled to release on September 14.