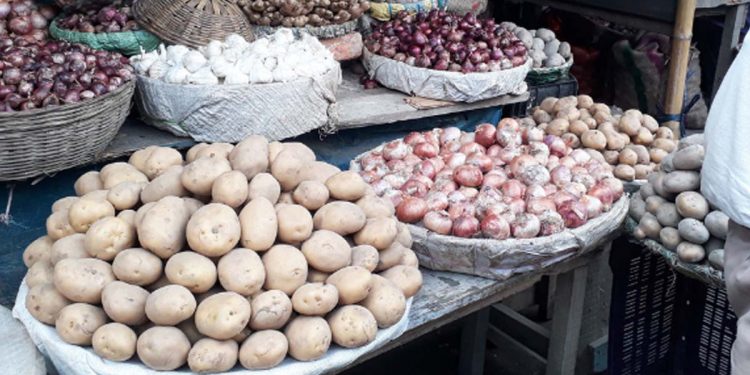 The All Assam Students’ Union (AASU) on Tuesday staged protest in Jorhat against steep increase in prices of essential commodities and artificial shortage due to alleged hoarding and black-marketing by traders.

The AASU members burnt the effigy of Assam food & civil supplies minister Phani Bhushan Choudhury at the AT Road here near Marwari Thakurbari as a mark of their protest.

The protestors shouted slogans against minister Choudhury, the BJP government led by Sarbananda Sonowal for their inability to deal with the traders, mostly the whole-sellers.

The AASU blamed the government’s inability to deal with the traders for the hike in the prices of essential commodities during the lockdown period and even after that.

Bijoy Shankar Bordoloi, assistant secretary of the Jorhat district unit of AASU while leading the stir, came down heavily on Choudhury for his department’s failing to take action against the unscrupulous traders across Assam, particularly in Jorhat, where the prices of essentials have been hiked sharply in recent times.

Bordoloi also pointed out that the matter of sharp increase in prices of essential goods due to malpractices committed by unscrupulous wholesalers was brought to the notice of the Jorhat district administration.

He said the chief minister was also intimated about the illegal act of increasing prices by a section of traders committing malpractices.

The AASU leader alleged that there has been no action taken against the unscrupulous traders by the government or the district administration.

The AASU assistant general secretary of Jorhat district unit further said if the government or the district administration does not take necessary action against the errant traders then the students’ body would intensify its stir.