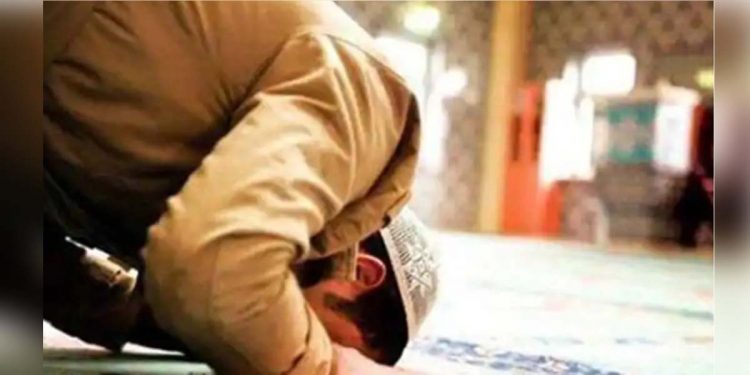 As the people of Kamrup Metro district are preparing to celebrate Id-Uz-Zuha on August 1, the district administration has allowed gathering of only 5 persons to offer Namaz at all Masjids and Idgahs.

The decision has been taken by the district administration, keeping in view of the COVID19 pandemic situation prevailing in the Kamrup Metropolitan district.

This has been stated in an order issued on Thursday by the Kamrup Metro deputy commissioner and chairman of the District Disaster Management Authority (DDMA), Biswajit Pegu.

The decision was taken after the representatives of various Masjid and Idgah committees in a meeting on July 29 requested to allow at least 5 worshipers to attend Namaz on the occasion of Id-Uz-Zuha in Kamrup Metro district, the DC said. 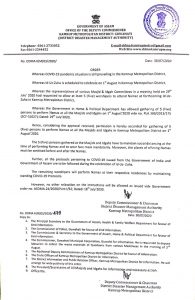 Considering the approval received, “permission is hereby accorded for the gathering of 5 (five) persons to perform Namaz at all the Masjids and Idgahs in Kamrup Metropolitan district” on August 1, the DC said in the order.

The 5 persons gathered at the Masjids and Idgahs will have to maintain social distancing at the time of performing Namaz and wear face mask mandatorily, the order said.

Moreover, the places of offering Namaz must be sanitised before and after the Namaz, it added.

“Further, all the protocols pertaining to COVID19 issued from the Government of India and Government of Assam are to be followed during the celebration of Id-Uz- Zuha,” it said.

The remaining worshipers will perform Namaz at their respective residences by maintaining standing COVID19 protocols.

However, no other relaxation on the instructions will be allowed as issued on July 18 vide government order no. ASDMA.24/2020/Part-I/92, the order further said.