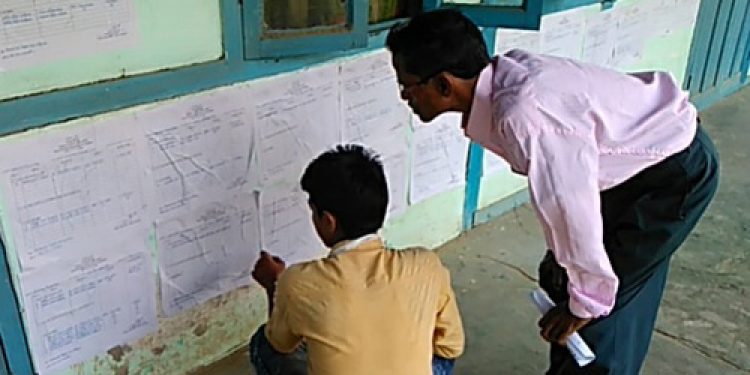 As the panchayat polls in Assam approaches its final climax, things are heating up day by day. In order to make all political parties aware of the model code of conduct that is in place and play the elections fair and square, the district administration of Cachar held a meeting for the same at Silchar’s district library auditorium on Sunday evening.

Disclosing the bare facts before the political parties, the elections officials and the Deputy Commissioner, Cachar, informed that two Anchalik Panchayat (AP) members and 42 other Gaon Panchayat (GP) members of Cachar district have already won their respective seats for them being the lone applicants for their respective wards. Not only that four other wards for the post of GP members has no contestants.

Dr S Lakhsmanan added, “We have in all, after scrutinizing, found validity of 5919 candidates for this district with 10,58,558 voters to decide their fate when the ballot boxes gets opened on 12th December, next month.”

The counting of votes for Cachar district would take place inside the Inter State Bus Terminus (ISBT) complex, on the outskirts of Silchar, for which, heavy security arrangements would be kept in place, assured, DC Cachar to the political party representatives.

In all, for the four categories of Zilla Parishad Members, Anchalik Panchayat members, Gaon Panchayat President and Gaon Panchayat members, 105 are in fray for Zilla Parishad members, 592 as GP Presidents, 565 as AP members and 4659 as GP members, in this district. “The maximum numbers of voters are from West Silchar, wherein, 55099 would exercise their franchise, while, West Lakhipur zilla parishad, has the least with 22028 voters,” informed, DC Cachar.

Residents of Narayanpur GP’s ward number 7 have boycotted panchayat polls this time round for bad roads and under development of their area, for which, no candidates have contested for GP member’s post.

The rest three which have no candidates is due to the fact that these seats have being declared as SC reserved while no such community resides in their midst, complained the villagers.

DC Cachar, informed, “All the demarcations and seat allocations has been made as per 2011 census and if things has changed now, we would look into the matter to make the necessary corrections.”