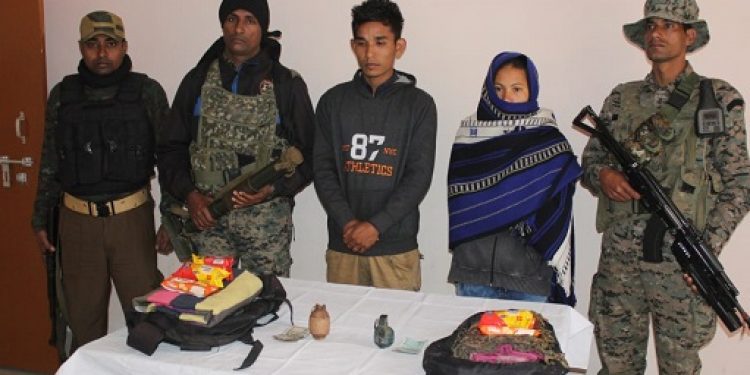 Two members of the anti-talk faction of the National Democratic Front of Boroland (NDFB-S), including a woman cadre, were apprehended from remote Ripu reserve forest area under Serfanguri Police Station in Assam’s Kokrajhar district on Monday.

Police said that based on specific tip-off regarding movement of a group of NDFB-S cadres in Ripu reserve forest, a joint operation was launched by Kokrajhar Police along  with 210 Bn Cobra camp at Patgaon in Ripu reserve forest area under Serfanguri Police Station on Monday morning in which the two NDFB-S rebels were apprehended.

The two cadres are from the 42 batch of the NDFB-S, informed Kokrajhar Police.

Two hand grenades, back packs, cash amount Rs 1450 have been recovered from their possession.

A case (no 60/2018) has been registered at Serfanguri Police Station.

Police said the arrested rebels were involved in extortion and recruitment of new members.