BTC giving due importance on indigenous games that are going to be extinct and committed for preservation of these games: BTC EM Doneswar Goyary 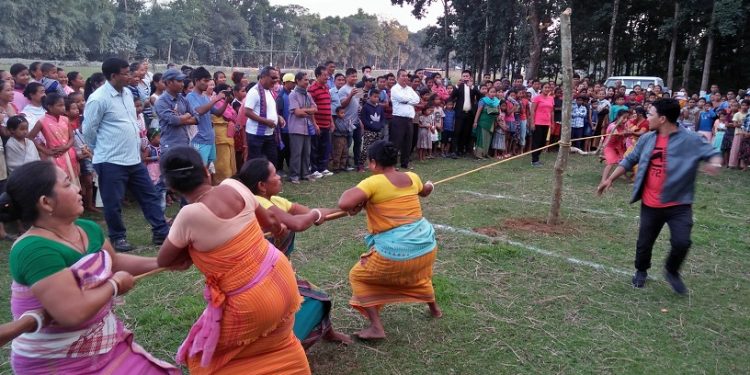 The Executive Member (EM) of Sports and Youth Welfare, BTC, Doneswar Goyary said on Saturday in Kokrajhar of Assam that the BTC has been giving due importance on the indigenous games that are going to be extinct. He said the council was giving priority for preservation of traditional games.

He said the BIGA has been working for protection, preservation and promotion of tradional games. The BTC authority has been laying importance on the preservation of all indigenous games and extending support towards development of these games, he said adding that the guardian should tell to their children regarding the protection of traditional games and encourage them to play games.