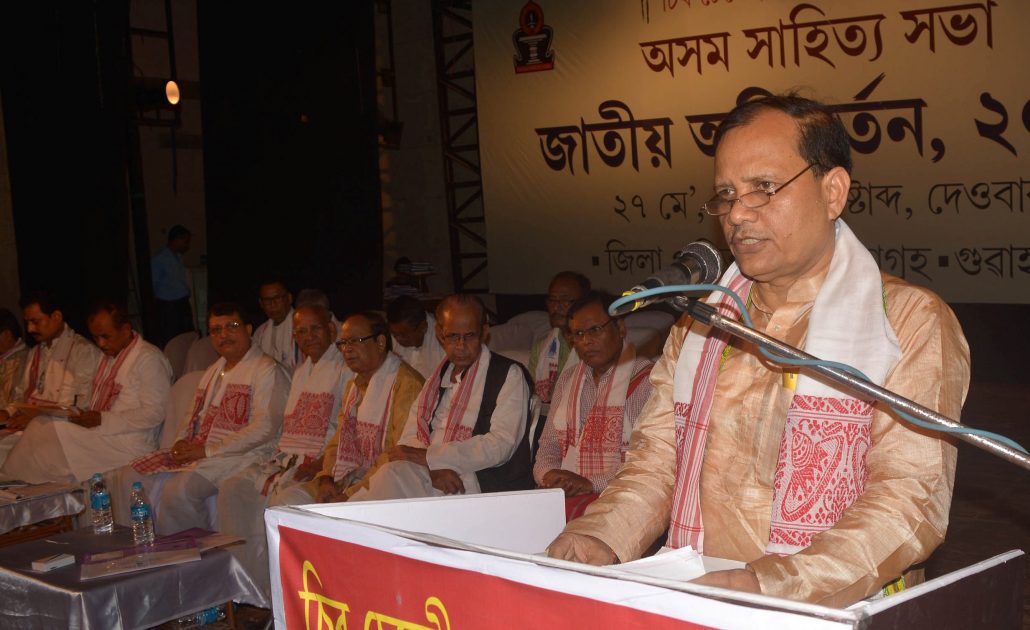 Over 130 organizations from across the State, besides activists, intellectuals and conscious citizens on Sunday joined hands for launching a democratic mass movement against the controversial Citizenship (Amendment) Bill, 2016 in a public convention organized by the Asom Sahitya Sabha here.

The convention decided to take all necessary measures to oppose the Bill that seeks to “destroy the communal harmony in the society and change the demographic structure of Assam forever.”

The apex literary body of the State will prepare a declaration within next three days incorporating all the crucial points that came up during the convention and submit it to the Union and the State governments.

“The sensitive nature of the issues that emerged today and the crisis situation before the larger Assamese society require further detailed discussion. We have consolidated all the opinions and suggestions today and would come up with a declaration in next three days,” Sabha president Dr Paramananda Rajbongshi said.

The All Assam Students Union (AASU) that extended its full support to the convention warned that a proposal was being discussed at different levels to grant work permit to the illegal migrants identified in the NRC update process and allow them to stay here, The Assam Tribune reported.

“It’s being said that since there is no mechanism to hand over the illegal migrants to the neighbouring country, they might be allowed to live here on work permit sans political rights and other privileges for citizens. However, we need to stay alert against any such design. We have already accepted the migrants up to 1971 and cannot take any further burden,” AASU advisor Samujjal Bhattacharya stated.

The draft resolution of the convention stressed the need for an error-free NRC, stiff opposition to the Citizenship (Amendment) Bill, 2016 and the need for legal action against the proposed legislation, total implementation of the Assam Accord among others.

The convention also asked the Sabha to take the intellectual leadership in the movement against the Bill and organize all the literary bodies of different communities and tribes of the State over this issue.

Earlier, addressing the convention, noted intellectual Dr Hiren Gohain said the State was already struggling with myriad problems, including the land encroachment issue and unemployment problem among its educated youth.

In such circumstances, the proposal of citizenship on the basis of religion would only aggravate the problems, he said.

Dr Gohain, and several other prominent citizens participating in the convention however, underscored the need to maintain communal harmony in the process of registering the protest against the Bill.

“A section of the people is trying to give it a communal colour, terming it as a protest against Hindu Bengalis. We should never let them succeed in their malicious agenda,” he pointed out.