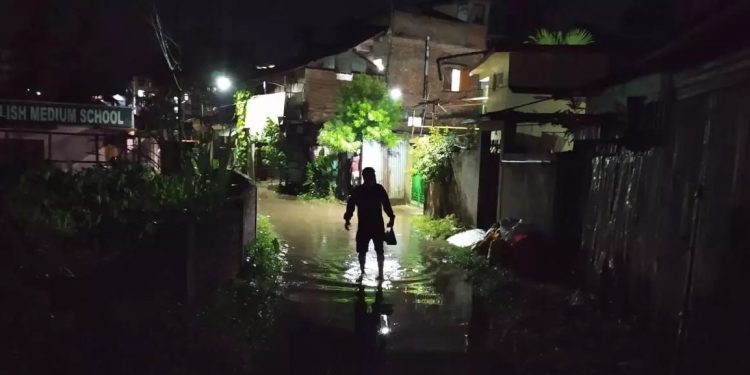 A portion of their house was also damaged in the incident.

A woman died and another one seriously injured when the guard wall of their residence caved in following heavy downpour in Guwahati on Friday.

The incident took place at American Colony in the Pandu area of the city, said an official.

A portion of their house was also damaged in the incident, he said.

The injured person, a family member of the deceased, has been admitted to the Gauhati Medical College and Hospital (GMCH), the official said.

The city has been receiving heavy rainfall for the past few days, leading to water-logging in several areas.