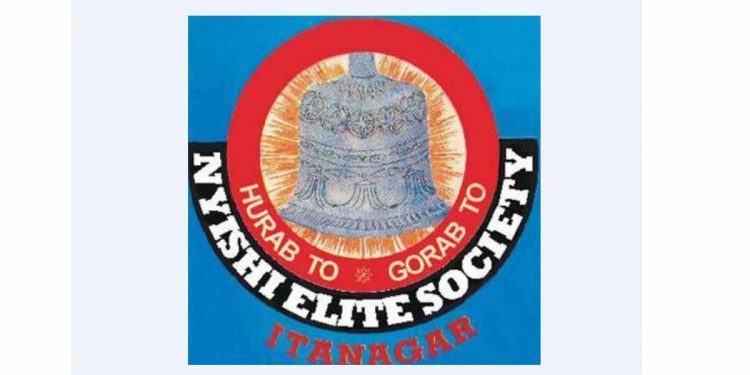 It also blamed Chief Minister Pema Khandu for orchestrating and patronizing the movement.

The reaction from NES comes days after the demand for creation of MAR re-surfaced in Arunachal Pradesh with the MARDC calling for a tripartite talk to be initiated with the state and central government at the earliest.

The committee has reportedly also resolved to boycott the upcoming panchayat elections in the Tawang and West Kameng districts if its demand is not looked into.

The NES on Friday said, “The demand is utterly bereft of rationale locus-standi as Arunachal Pradesh is a tribal state.”

“Unfortunately, the motivated movement is being orchestrated and patronized by chief minister Pema Khandu himself who is supposed to thwart all attempts of the disintegration of the state as he is the chief minister of the state and not of the Mon region,” the society said in a statement.

The NES said the movement is wrongly timed as the state is presently under the grip of the Covid-19 pandemic and also under threat of external aggression from the Chinese.

“Such unrest in the Mon Region may encourage China to leverage for more vocal and vehement claims over Arunachal Pradesh or parts of the state,” the NES said.

The society said, “In the fight against the deadly Covid-19, the state is orphaned and left at lurch as the leadership is camped since long back in Tawang to meet the regional aspirations leaving behind 90 per cent of the people of Arunachal Pradesh to fend for themselves at this hour of an unprecedented pandemic virus.”

“It is an irony that the democratic process of grass-root (panchayat) election is dragged in to the erratic demand of Mon Region Autonomy,” it said.

“The government, state cabinet, political party leaders, MLAs and our three parliamentarians should immediately come out with their respective stands on the ground and rationale of granting autonomy so as to diffuse the confusion and speculation,” it added.

The society said if the most developed areas like the Mon Region start demanding separate political identity and autonomy, it will open the floodgates for similar demands from various regions in the state.

There is no political, economic and social deprivation. Rather, the Mon Region is atop in all developmental and civic services fronts. Therefore, it is an “ill-conceived” demand, it said.

The society said, “in the infrastructure and services sectors, the region is blessed with the best road connectivity, better healthcare facilities and schools, government-funded cultural and religious institutions with a designated Department of Karmik and Adhyatmik Affairs for the purpose.”

The more the autonomous councils, the more there will be infighting in the state on narrow regional aspirations, the NES said.

The society said instead of recommending autonomy, it would pitch for a creation of a ‘department of backward and remote areas’ to take care of the developmental needs in the identified remote pockets and most backward areas.

The Nyishi Ethnic Students’ of Arunachal (NESA) has also condemned the demand.

The student’s body said, “the demand and subsequent creation of MAR comprising the Tawang and West Kameng districts and the Patkai Autonomous Council (PAC) comprising Tirap, Longding and Changlang districts will compel the Nyishi community towards making similar demands.“

“If the autonomous councils are created, the socio-economic and overall development in the Nyishi inhabited areas will be deprived.  We too want to ensure that our culture, ethnicity and other rights are being preserved,” the NESA said.

The union said the issue is being misguided by the elected legislatures of Tawang and West Kameng districts and is creating a division among the people of the state where every tribe enjoys equal status.

Arunachal Pradesh is a 100 per cent tribal state and any development should be inclusive and all communities should be made part of the development process, it said while asking the state government to act with caution in such sensitive matters.

Following the demand for creation of the MAR and PAC under the provisions of the 6th Schedule of the Indian Constitution, the state legislative assembly had in 2004 adopted and resolved for creation of the autonomous district councils and forwarded the same to the Center.