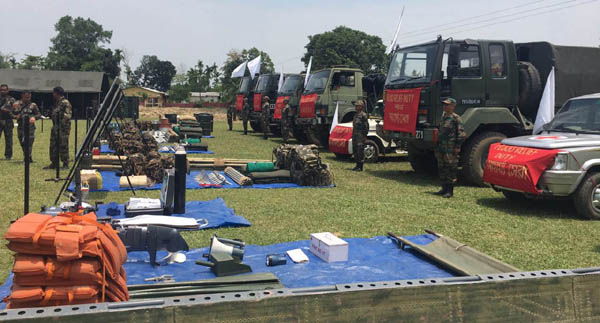 A  joint drill in the form of a mock demonstration was conducted in the small township of Dharamtul on the banks of Kopili River on Monday.

The Kopili river basin in Morigaon District in central Assam is chronically flood affected due to seasonal monsoons and rise of water levels.

Every year due to floods there is loss of precious life and damage  to crops and property. In continuation with the Flood Relief Preparations a Joint Drill in the form of a mock demonstration was conducted, Pande said. 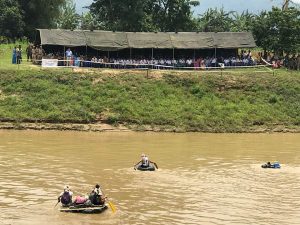 The mock drill included portrayal of a situation comprising of early warning of heavy rains, assessment of situation, deployment of flood control teams and finally high speed action to rescue the victims from stranded places.

The spectators were also thrilled to watch the skill of divers in executing their expertise to rescue flood effected people in situ to include resuscitation and provision of life saving first aid.

Use of improvised aids in floods, formed with household articles like tyre, tubes, plastic jerricans / bottles, football / basketball, dry coconuts were demonstrated to educate the  locals to prepare themselves for any eventuality.