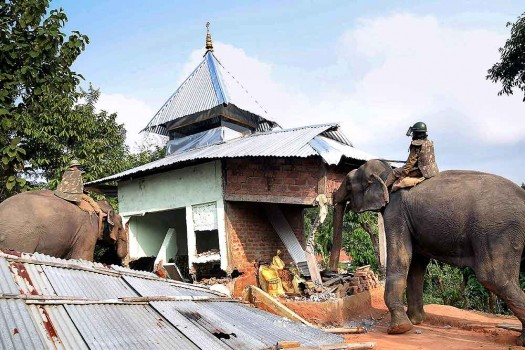 Dispur on Monday set up a special panel to rehabilitate the evicted people from Amchang wildlife sanctuary.

The panel to be headed by State Forest and Environment Minister Pramila Rani Brahma was formed in a meeting held at Janata Bhawan at Dispur on Monday.

Over the last couple of days, over 400 residential structures including schools buildings have been demolished in Amchnag, triggering protests across the state against the eviction drive.

Eviction was suspended following instruction from the Gauhati High Court after the state government made a verbal submission before the court.