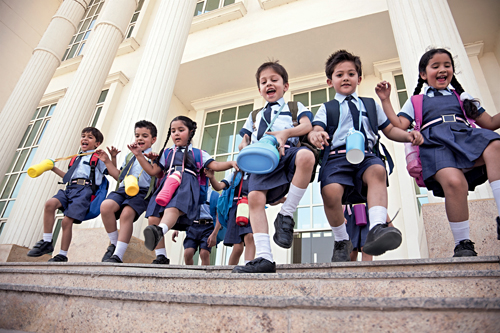 All Assam Private Schools Association on Saturday claimed that the order passed by the Assam Education Department on August 13 for 25 percent ‘waiver’ on school fee is not based on any law.

B. Kalyan Chakraborty, principal secretary (Elementary & Secondary) on Thursday had issued an order, asking the private schools to waive 25 percent of their monthly fees from the month of May till re-opening of schools.

The Assam government order had mentioned that the private schools are saving substantial expenditures, including energy costs and fuel costs due to closure since March 16.

“There is no mention in the order under what law a waiver of 25 percent of fees has been demanded,” Pankaj Das, president of All Assam Private Schools Association, said.

Das said the state government is not the master of the citizens, and cannot decide on any fee waivers.

“It has to govern under the law of the land. And laws must conform to the constitution. As the order is not based on any law this is against the constitution,” Das said.

The president of the private schools association said, the government could have asked the Fee Regulatory Committee (FRC) to look into the fees regarding any “savings” that might have happened due to non-functioning of physical classes.

“The FRC in turn would need to look at the accounts of the schools to understand the ground reality to come up with the appropriate decision,” Das said.

The president of the association said government’s argument on fees waiver rests on the premise that the people of Assam have been financially impacted due to COVID19 pandemic.

“But that is not entirely true. The government employees, bank employees and others are getting their salary regularly. Therefore, a blanket waiver for everybody does not make sense,” Das said.

For some people, the fee waiver will be like getting a bonus.

The schools have already been ordered for a 50 percent fees waiver for the month of April when full salary was paid to the Assam government and semi-government employees.

In the month of April, the private schools paid full salary to the teaching and non-teaching staff, and have already suffered financial loss.

The private schools are already extending fee waiver and concessions for those financially affected.

Some of the schools have also voluntarily decided on fee waiver up to 20 percent, and forcing everyone to waive 25 percent fee is illegal, some of the members of the association, said.