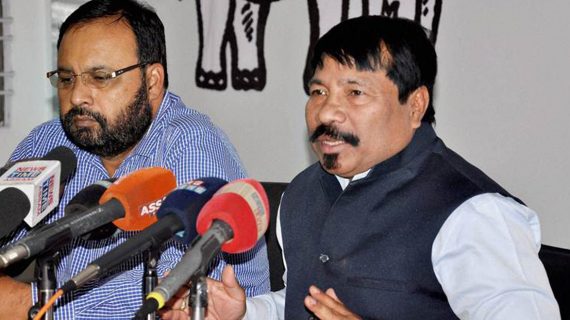 GUWAHATI: The regional Asom Gana Parishad, a partner in the BJP-led coalition government in Assam, has shot off a letter to BJP’s  national president, Amit Shah, categorically stating that the party will have no other option but to pull out of the existing alliance with BJP in the state if the Citizenship (Amendment) Bill,2016 was passed in Parliament.

Assam minister and AGP working president, Keshab Mahantainformed the media here today on that the regional party through a letter tothe BJP president Amit Shah requested his “good office” to take necessary stepsfor withdrawal of the Bill which has been opposed by the AGP and various otherquarters in Assam.

The winter session of Parliament is scheduled to begin from Tuesday and the BJP-led NDA government is likely to try getting the Bill enacted during the session notwithstanding the strong opposed raised against the Bill in Assam especially in Brahmaputra Valley.

“We bring to your notice that if the Citizenship (Amendment)Bill, 2016 is passed in Parliament, the provisions of Assam Accord and the on going preparation of the National Register of Citizens will be totally frustrated and Assamese language, culture and demography will be changed.Hence, if the Citizenship (Amendment) Bill, 2016 is intended to be passed in Parliament, we will have no other alternative except to repudiate the existing alliance with Bharatiya Janata Party,” it was stated in the letter to the BJP national president.

The regional party also referred in the letter to the understanding the two parties arrived at in New Delhi prior to the Assam Assembly election in 2016, “when it was amicably decided to have the alliance on the basis of clear understanding on the Assam Accord and other major issues of Assam.”

“The government of India by introducing the Citizenship (Amendment) Bill, 2016 in Parliament as well as the ordinances promulgated on the subject has violated the understanding. Further, the Assam accord is also intended to be made meaningless,” the party stated in the letter.

The party also asserted that it could never support the “obnoxious” Bill as AGP is “fully committed to the implementation of the provisions of the Assam Accord.