Air Asia flight to carry around 170 residents, stranded in Mumbai, to Barak Valley on Tuesday 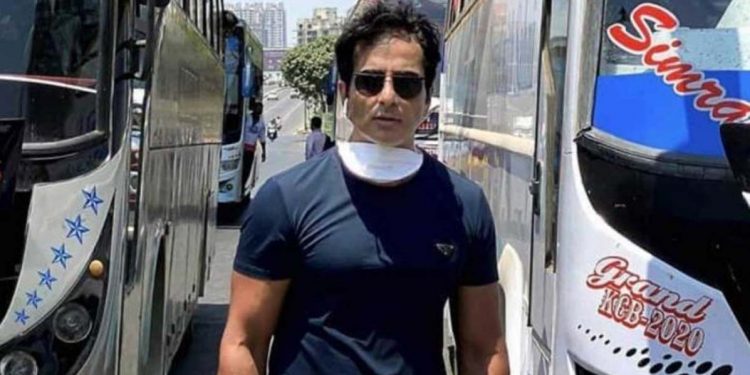 An Air Asia flight will carry around 170 Barak Valley residents, who are stranded in Mumbai, to their homeland on Tuesday.

The flight has been arranged by none other than Bollywood actor Sonu Sood, who has already won hearts of many by extending a helping hand to the people in distress during COVID19 pandemic-induced lockdown.

The Air Asia flight will start its journey from Chhatrapati Shivaji Maharaj International Airport in Mumbai with 170 people from Barak Valley to Silchar Kumbhirgram airport on Tuesday, says a media report.

The actor reportedly spots requests on Twitter and then makes arrangements to send the people back to their homes.

The 170 people from Barak Valley remained stranded in various parts of Mumbai and were unable to return to their homes.

The report quoted the actor as saying: “Many migrants who have got stuck here in Mumbai called me asking for help. I think it’s my responsibility to take care of them and it’s good that they are going back home tomorrow.”

The actor, according to the report, will be present at the airport in Mumbai to see off the flight on Tuesday.

According to Silchar Airport sources, flight No. IS 9165 has been scheduled to arrive at Silchar at 12:10 pm and fly back at 1 pm on Tuesday.

The report quoted Silchar Airport director PK Gorai as saying: “It’s not in my knowledge with whom they have contacted but they must have hired some ground handler to assist after landing.”

Airport sources confirmed that the Air India team will assist the Air Asia flight in the Silchar Airport.