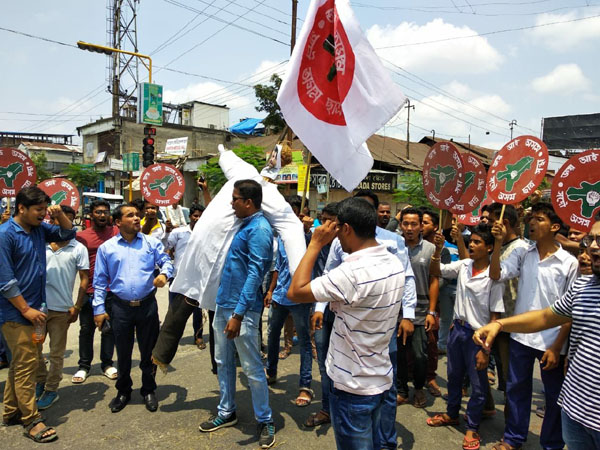 Biswanath district AASU burnt the effigy of Union Petroleum Minister, Dharmendra Pradhan protesting against the rising prices of fuel, along with the rest of the State .

The AASU workers in several places in Gohpur sub division , Biswanath , Pavoi along with others part of the district protested against the skyrocketing fuel prices in the state as well as the rest of the country .

Duldul Borkakoti Assistant Secretary of AASU said that for the first time fuel price have been rising for the past 10 days in the country and the common citizens are the big sufferers, but government is still mum on the issue.

Meanwhile CPI(M) Tezpur district committee took out a protest rally against the price hike of fuel. More than two hundred people gathered and shouting about the rising prices.