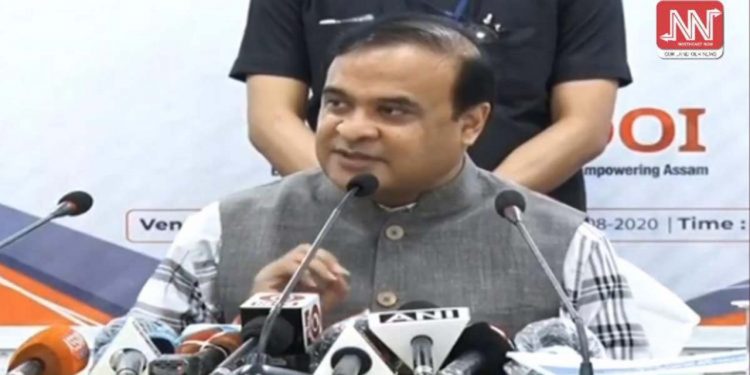 Assam minister Himanta Biswa Sarma on Wednesday came down heavily on the AASU after it released the confidential report on Clause 6 of Assam Accord and termed it as a “political party”.

While terming the students’ body as a political party, minister Sarma in a press conference in the city said, “They are going to form a new political party. So, they would definitely say the government has a lack of goodwill in the implementation of Clause 6 of the Assam Accord.”

The minister claimed only the Assam Legislative Assembly has the right to fix the definition of Assamese.

The minister said, “The state government will take recommendations of the high-level committee in someday. After the debates or in the later phases after determination of the dentition of Assamese, the Centre will be able to enter it.”

Saying that the AASU should not have made the confidential report public, Sarma said they should have acted very cautiously to avoid debates over the issue.

“Making the report public they have just made the matter more complicated,” the minister said.

Stating that the state government is committed to implementing Clause 6 of the Assam Accord, the minister said, “The definition of Assamese, determined by 12 people, cannot be final.”

The Centre constituted the high-level committee on July 16, 2019, for recommending measures to implement Clause 6 of the Assam Accord.

Speaking on the committee’s recommendations, Sarma said, “How can be determined that a person, who came to Assam before 1951, as an Assamese? The committee is silent in this regard. What kind of documents – NRC or land paper – a person would require for that? Many people have no land documents.”

Regarding lack of interest on the part of the state government in the implementation of Clause 6 of Assam Accord, Sarma said, “How can I prove goodwill? I will have to show it like Hanuman, the bhakt of Ram by tearing the chest. When Ram was seen when his chest was torn, the Assamese people will also see if my chest is torn.”