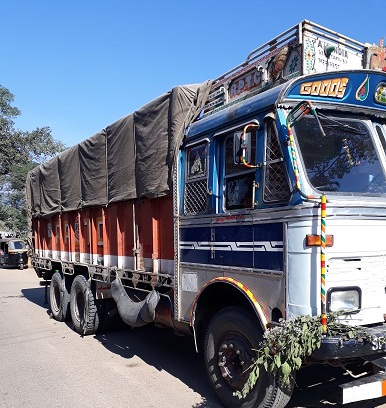 Excise department of Assam on Friday night seized a truck carrying consignment of seven hundred cases of IMF liquor at Dillai of Bokajan in Karbi Anglong district. The driver of the seized truck however fled from the spot.

The incident has once again brought to fore how the inter-state smugglers are diverting stocks from one state to other causing huge loss to government exchequer.

It was found that the seized consignment of liquor was brought from Arunachal Pradesh and was en route to Dimapur via Khatkhati in Karbi Anglong district of Assam. Surprisingly the truck carrying IMF liquor worth Rs 20 lakhs reached Bokajan via Numaligarh and Sonitpur without any hassle. It is also suspected that such huge consignment of IMFL liquor was being transported to Dimapur in connivance with some of the officials.

Following the direction from  Assam excise minister Parimal Suklabaidya, Assam commissioner of excise has shot a letter to the Karbi Anglong deputy commissioner for instituting a magisterial inquiry into the incident. In his letter issued on December 30, he stated, “The enquiry should focus on the modus operandi of smugglers who are diverting stocks from Arunachal Pradesh to Dimapur via Khatkhati. The magistrate should also find the detail about the persons and officials if any involved in this entire diversion racket. A case under IPC has also been registered.