60 river stretches in Northeast are polluted

The polluted river stretches in Northeast include the Bharalu, Basistha, Kolong, Boko and the Kopili of Assam which polluted due to sewage, industrial effluent and coal mining pollution 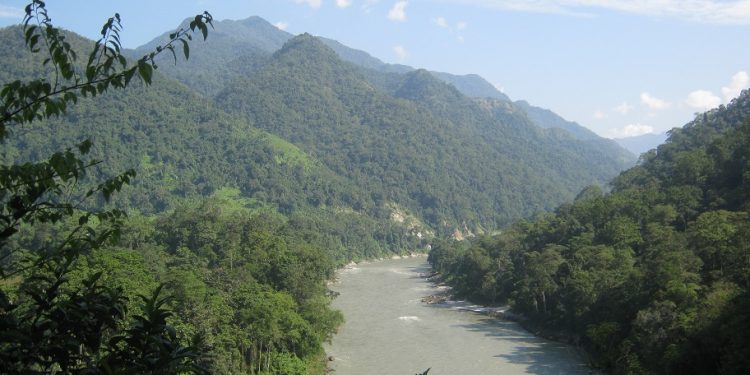 The polluted river stretches in the Northeast are the Bharalu, Basistha, Kolong, Boko and the Kopili of Assam.

The Central Pollution Control Board (CPCB) has identified 60 polluted river stretches based on biochemical oxygen demand (BOD) in Northeast.

A study published by Delhi-based Centre for Science and Environment (CSE) has revealed this.

“India has an unprecedented 351 polluted river stretches and the number continues to grow. Unscientific coal mining has turned water in many river stretches highly acidic and polluted,” the report says.

The study says rivers of the Northeast are less polluted.

However, the CPCB has now recognised 60 polluted stretches based on BOD in different Northeastern states.

These stretches are mostly located near towns and cities. Discharge of sewage, industrial and mining effluent and dumping of waste are identified as the major causes of pollution here.

While Arunachal Pradesh and Sikkim have comparatively clean water and pollution in Manipur, Mizoram and Tripura are localised near the urban areas, many stretches of Assam, Meghalaya and Nagaland are highly polluted due to unscientific coal mining.

The polluted river stretches in the Northeast are the Bharalu, Basistha, Kolong, Boko and the Kopili of Assam which polluted due to sewage, industrial effluent and coal mining pollution.

In Manipur, Nambul and Kongba rivers are polluted by sewage.

In Mizoram Chite, Dhansiri river stretch of Nagaland and Gumti of Tripura are polluted due to sewage.

It says the 2018 Niti Aayog report on composite water management index shows that nearly 70 per cent fresh water in the country is contaminated and more than 600 million people face high to extreme water crisis.

Even the Northeast — which boasts nearly 30 per cent of the country’s water resources besides a low population density — faces acute water shortage in many parts.

“In India, rivers are the lifelines for millions of people. But their uses generate a huge quantity of sewage, industrial effluent and agricultural runoff which reach streams and rivers and ultimately pollute them. More than 60 per cent of the country’s sewage is released into the streams and rivers untreated,” the study says.

According to it, volume-wise almost 70 per cent of the fresh waters in the country are contaminated. These polluted stretches have high values of BOD, turbidity and total suspended solids (TSS), low dissolved oxygen, a high count of infectious agents and toxic chemicals and reduced benthic and riparian biodiversity.

It says India stands a poor 120th among 122 countries on water quality index.

The rivers of the state are facing issues like land encroachment, pollution and over-extraction.

Tripura has 11 rivers among which four rivers, including the Haora, Manu, Burima and the Gumti are facing such issues.