3,439 militants of different outfits including ULFA(I) have surrendered in 5 years in Assam: Himanta Biswa Sarma 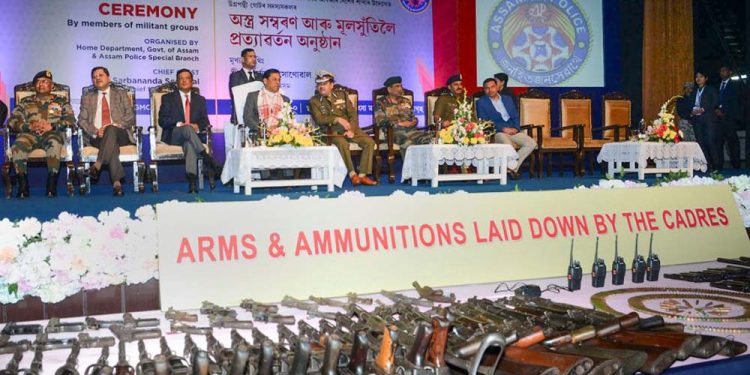 File photo of a surrender ceremony in Assam.

Assam chief minister Himanta Biswa Sarma said at least 3,439 militants, belonging to different outfits, including ULFA(I), have surrendered in Assam in the last 5 years since 2016.

Chief minister Sarma, who is holding the home portfolio, in reply to a question in the Assam Assembly on Monday, said the government has been in talks with 11 militant outfits including the ULFA (Pro-talk faction).

The Assam government under the central government’s Surrender-cum-rehabilitation scheme for the Northeast militant groups has taken special initiatives to rehabilitate the militants who surrendered to the government giving up the path of violence.

Out of the 1,800 surrendered militants, 1,192 have been provided Rs 1 lakh to take up some livelihood projects, the chief minister said.