Assam: Villagers of Majuli and Lakhimpur try to contain fury of Subansiri 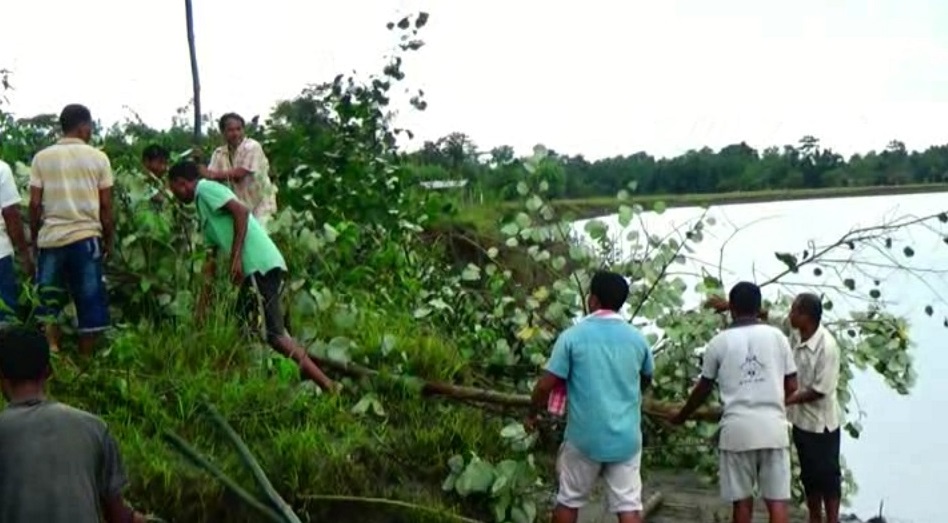 Severe erosion has gripped Lohit-Khaolu region in Lakhimpur district along the inter-district boundary of Lakkhimpur and Majuli in Assam.

Several acres of agricultural land and residential houses have been washed away by the overflowing river.

The villagers are just mute spectators of massive devastation causing untold miseries to their lives.

Around 35 families of the region has lost all that they had during the last two years in erosion.

Though the locals have been pleading with the concerned authorities to contain erosion by the Subansiri River, but concrete has been done as yet, much to the annoyance of the local residents.

Now the villagers of 32 villages in the region have taken the arduous task of containing the erosion by Subansiri River on their own.

These villagers have taken the indigenous way of preparing an embankment using bamboo and branches of trees to try and contain erosion.

The locals have urged the government to take immediate measures to ease their hardship.