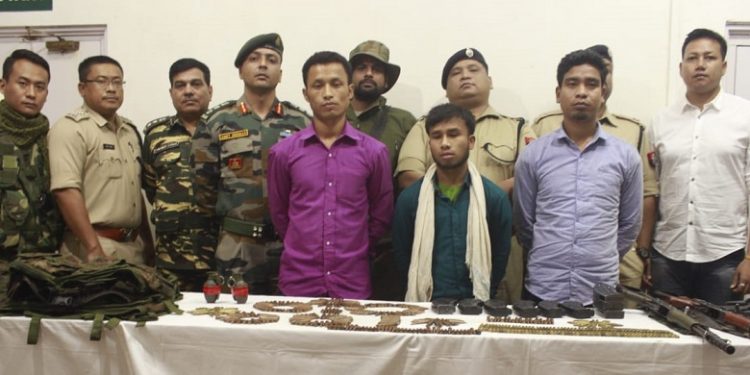 A major success in counter insurgency operations was achieved by security forces in Tinsukia district of eastern Assam when three ULFA-I cadres were nabbed on Tuesday.

Sophisticated arms and ammunition were also seized from the arrested militants at Tarani Reserve Forest on Tuesday.

This operation is part of the ongoing crackdown by security forces on the insurgent organisation active in Upper Assam.

Based on reliable intelligence reports since past fortnight, regarding these cadres having crossed over the Indo-Myanmar border for carrying out specific activities in Upper Assam, a joint operation was launched by Indian Army and police.

Sustained and intense pressure was exerted on them which prevented these cadres to get in touch with their over ground workers and execute their task. Reliable sources in the security forces have indicated that inspite of those cadres being hard core and allegedly involved in serious crimes, a lenient view had been taken and they were pressurized to give themselves up.

Thus their families and friends were contacted to influence them to give up and save their lives. The efforts of security forces resulted in these cadres realizing the futility of their situation and they were apprehended by the Army and Police without further resistance.