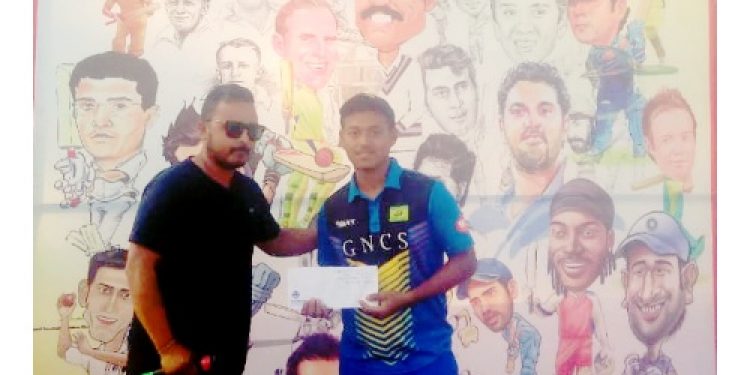 Supernova Club has stormed into the semi-final of the first Anupam Das Memorial All Assam T-20 Cricket Tournament organized by 22-Yards Glory, Guwahati at Mangaldai Stadium.

In the last league match of the tournament at the Mangaldai Stadium in Mangaldai of Assam’s Darrang district on Wednesday, Supernova thrashed City Coaching Centre, Guwahati by 58 runs in an one-sided encounter.

Electing to bat first after winning the toss Supernova put 148 runs on the board losing nine wickets where Dibash Hazarika (36), Abhilash Gogoi (23) and Parvez Aziz (23) came handy with the bat.

Chandradeep Das (3/20) was the pick of the City Coaching bowlers while Gokul Sarma (2/31) gave him able support.

In reply, the City Coaching batsmen were never comfortable against a disciplined bowling attack of Supernova – Akash Chetry (4/16) , Sandeep Sarma (2/12) and Abhilash Gogoi (2/16) and were bundled out for a meagre total of 90 runs with three balls to spare.

Only Mayukh Hazarika (20), Shivam Mittal (20) and Rohan Hazarika (19) could show some resistance from the City Coaching batting line up. Akash Chetry of the winners was adjudged as the Man of the Match.

Now for the semi-final draws starting from February 15 next, Supernova has joined with Maharana AC, Postal Club and Evergreen, Goalpara.