Assam: Steps on to clear communication bottlenecks in Jorhat 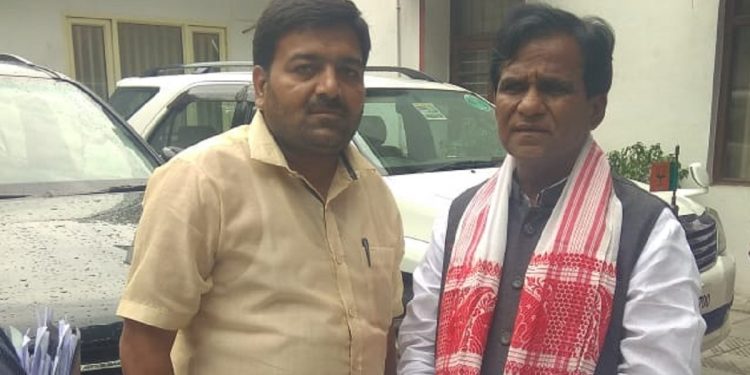 Jorhat Municipal Board commissioner Ankur Gupta is treading the corridors of power in New Delhi with the intent to clear communication bottlenecks in Jorhat district of eastern Assam.

In the past ten days he has knocked on the doors of Union Minister of State for Railways Suresh Angad and Minister of State for Consumer Affairs, Food and Public Distribution Raosaheb Danve to seek the plying of long distance trains from Jorhat railway station and shifting of the FCI godown.

He has also met the secretary of Civil Aviation and sought an audience with the Civil Aviation minister to seek a flight to and fro Jorhat-New Delhi.

At present there is only one flight to Kolkata being operated by Indigo from Jorhat airport.

The other carrier Air  India having winded up its flight to Kolkata about six years ago filled by Jet Airways just before it went bankrupt.

Gupta said that he had received a positive response from Angad regarding the laying of a 641 metre loop line from Mariani Railway station to Jorhat.

This would enable long distance trains like Rajdhani and Kamrup to come to Jorhat railway station instead of bypassing it and going through Mariani Railway junction, 25 kms away.

With most long distance trains reaching or arriving at the dead of night, commuting to Mariani itself is a mammoth task sans public transportation at night.

The consumer affairs minister has been apprised about the mole long jams at peak hours caused by trucks loading essentials and transporting them from the racks of goods trains at JPR railway junction.

Gupta has asked Danve to look into the feasibility of racks being unloaded at the FCI godown at Cinnamara, about 12 kms, away from the town to prevent jams.

Jorhat, the second most important city after Guwahati in the State is existing in a time warp where communication is concerned.

Despite being a commercial and education hub not a single long distance train passes through Jorhat Railway Station declared a model railway station in 2003 and only one flight goes out of Jorhat Airport to Kolkata.

Jorhat is full of educational institutions like Assam Agricultural University, Assam Women’s University, Jorhat Engineering College, Jorhat Medical College and Hospital, Kaziranga University and National Institute of Design being set up one after the other, apart from the 30 odd undergraduate and junior colleges.