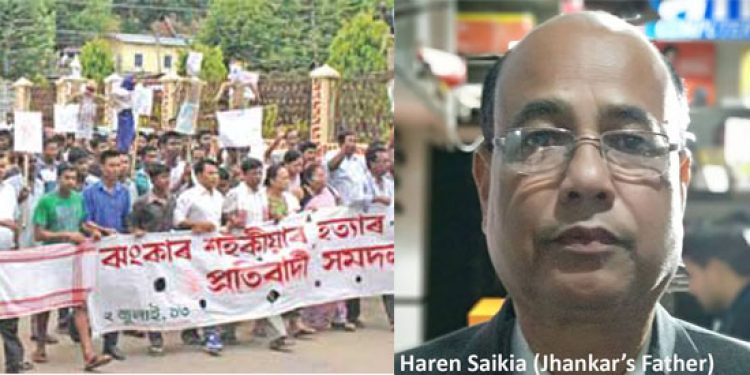 The  Judicial department of the State Government has appointed advocate Durga Prasad Jaiswal as a special public prosecutor in the ongoing trial of Jhankar Saikia murder case at Diphu.

Jaiswal has been appointed as per the order of the Assam Governor in exercise of powers conferred by Section 24 (8) of the Criminal Procedure Code.

It may be mentioned that Jhankar, a BA first year student of Diphu College, son of Haren Chandra Saikia, a lawyer at Diphu in Karbi Anglong, was allegedly beaten up at Diphu town by a group of auto-rickshaw drivers on June 25 in 2013 after they reportedly refused to pay Rs 30 instead of the “legitimate” fare of Rs 20. As the auto drivers were thrashing both the father-son duo, a few bystanders called police but the cops allegedly pushed the youth towards the mob.

After a gap of five years, the trial of the case was started in the month of March this year in the court of First Class Judicial Magistrate, who later committed the trial to the court of District and Sessions Judge, Diphu. There are 16 accused in the case out of which two are police personnel.

“I have welcomed the move of the State Government to appoint a public prosecutor in the murder trial of my son but at the same time I have urged the High Court as well as the State Government to take necessary measures to shift the trial either to a neutral location like Golaghat or Nagaon as the circumstances in Diphu are not at all conducive to a free and fair trial,” said Haren Chandra Saikia while talking to Northeast Now.

“There is no such atmosphere in Diphu where the witnesses can go and give their statements without any fear, threat and coercion. There are a total of 139 witnesses out of which those, who have already given their evidences, have been threatened in various ways and those, who are yet to depose, have also been threatened. So, they are apprehensive about appearing in the court to give evidence,” alleged Saikia while recollecting the horrific ordeal of that fateful day.

“It is quite unlikely that we will get justice. When the tragic incident of Abhi-Neel happened, Siddhartha Bhattacharya, the Law Minister of the State, promised to transfer our case, out of Ddiphu but it has not happened for unknown reasons,” said Saikia.

A petition has also been filed by Saikia in Gauhati High Court to transfer the trial out of Diphu which is pending for disposal.