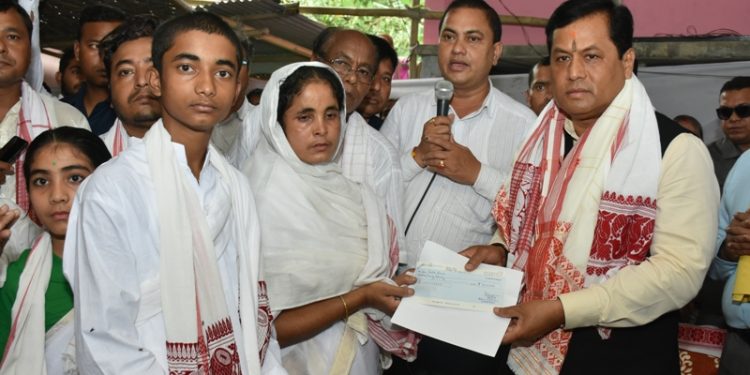 Sonowal after offering floral tribute at the portrait of the brave soldier also interacted with the widow of the martyr Dipa Borah, his son and daughter and offered them his deep condolences.

The chief minister also handed over a cheque worth Rs 20 lakh as financial assistance to the slain’s family.

Addressing the people who assembled at the residence during his visit, chief minister Sonowal said that the sacrifice of the martyr would continue to inspire the young generation and motivate them to work for nation building.

He also said that his sacrifice will not go in vain as the State and the country as a whole is committed to work resolutely to the safety, security and development of the nation.