Assam: Sonitpur gears up for smooth conduct of Rangapara by-polls 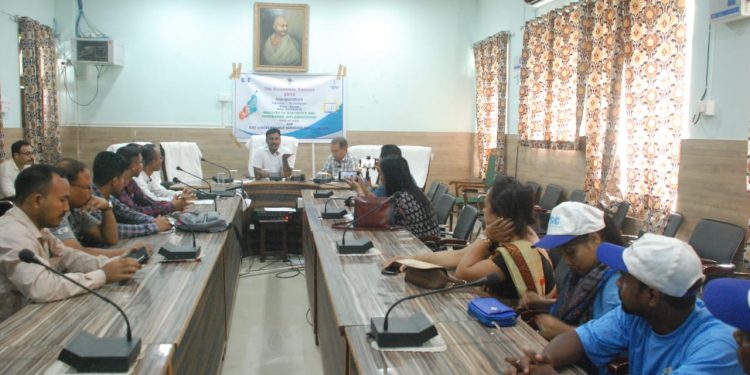 The by-elections to 74-Rangapara LAC in Assam will be held on October 21 next as notified.

This was informed by Sonitpur deputy commissioner and district election officer Narsing Pawar on Monday.

He addressed the media at the conference hall of the deputy commissioner’s office in Tezpur on Monday..

The Sonitpur district administration has geared up for smooth conduct of the upcoming elections to the Legislative Assembly constituency in a free and fair manner, he informed.

The deputy commissioner also informed that CEO, Zilla Parishad, Diganta Baishya will be the returning officer and Dr Surjya Kamal Bora, circle officer, Chariduar will act  as the assistant returning officer for the by-elections.

The Model Code of Conduct will be applicable in the entire district till the process of election is over.

The last date of filing nominations is September 30 and the nominations will be scrutinized on October 1, 2019.

The last date of withdrawal of nominations is October 3.

The date of counting has been fixed as October 24 and the entire election process will be completed by October 27.

Nominations will be issued and received at Room No-8 on the ground floor of the deputy commissioner’s office.

The expenditure limit for candidates has been fixed at Rs 28 lakh.