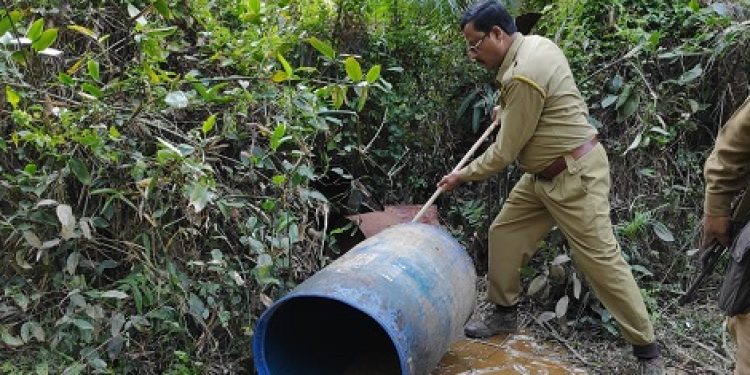 The Excise Department of Sivasagar district of Assam on Thursday conducted raids against spurious liquor at Mogorahat area under the district in eastern Assam.

In its continuous crusade against illegal country liquor in the district, the Excise Department in association with Deputy Superintendent of Police (DSP), Law and Order, James Songate on Thursday conducted raids at Mogorahat and seized approximately 3000 litres of fermented wash liquor or ‘sulai’.

Both these areas are infamous for production of illicit liquer. The location, covered under dense jungles, is placed at such advantageous for the persons who illicitly produce liquor that one can only reach there by crossing the river.