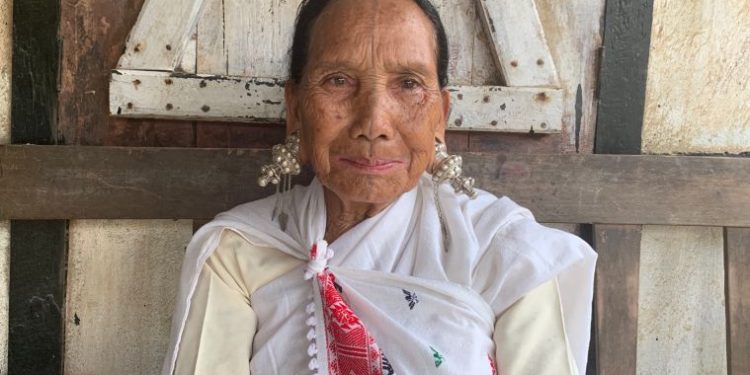 Researchers are working to document the Kecharhe Alun, a mournful song of the Karbis of the Northeast that is performed when a member of their tribe dies and is an essential part of their death rituals.

As per reports, an independent researcher of Karbi folklore D S Teron along with some other researchers of the Kohima Institute collaborated with an elderly female Karbi dirge singer Kasang Teronpi.

The project is being funded by the Firebird Foundation of Anthropological Research.

The 80-year-old dirge singer, or as locally called charhepi, who never had any academic education, had been visiting the home of the Karbis whenever she had been called in order to perform the Kecharhe Alun for the departed soul in a family.

The oral epic is performed as it is believed that its recitation will help the departed soul in its journey to the village of ancestors to rest there peacefully otherwise it would be stuck between the world of the living and the world of the dead.

Teronpi was ten years old when she had first heard the recitation of the Kecharhe Alun during the death of a relative.

After she got married, she went to a master to learn the oral epic and soon became an expert on it.

The researchers were amazed at the sharp memory of the elderly lady when she recited the Kecharhe Alun to them.

The researchers, who had been involved in the project for over two years , had now completed transcription of the Karbi oral epic .

They are now working to translate the verses into English language and will soon publish it in a book titled ‘Kecharhe Alun: Annotated Transcription and Translation of the Karbi Oral Epic’.

The researchers feel that the oral epic which is a rich source of Karbi literature had ancient words that are not a part of their local dictionaries.

The oral epic which describes the journey of a soul across different places also comprises of names of important landmarks in Assam.