The survey which started on November 10 and slated to be completed by January 31, is being carried out by the Wildlife Trust of India 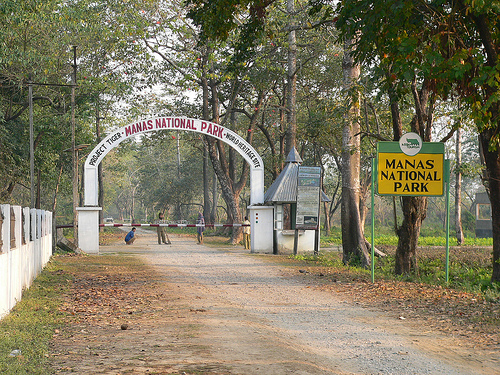 The rich biodiversity of the first addition to the Manas National Park is being surveyed with the help of camera traps.

The survey which started on November 10 and slated to be completed by January 31, is being carried out by the Wildlife Trust of India in collaboration with Chirang forest division and an NGO New Horizon.

In August 2016, following the signing and formal issuance of a Final Gazette Notification by the Government of Assam, an area of 350 sq km from the erstwhile Manas Reserve Forest was officially declared as the First Addition to Manas National Park.

This addition to the park is located on the eastern side of the forest and the survey is being carried out in the area to study its ecological attributes which is very important for planning out conservation strategies in the future.

The survey is a first of its kind in the newly created national park, reports The Telegraph.

The camera trap pictures revealed the sightings of the grey peacock pheasant and the black stork, a rare and valuable addition to the wide variety of fauna in Manas.

Bhaskar Choudhury, Wildlife Trust of India coordinator said that the camera trap pictures indicates the rich variety of fauna in the survey area and it should direct all the stakeholders including the policy makers/legislators towards its conservation for future generation.

He also said that there may be more species by the time the survey is completed.

The Manas National Park is located in the Himalayan foothills and houses different and rare varieties of flora and fauna.

The park is divided into three ranges- the western range is based at Panbari, the central at Bansbari near Barpeta Road, and the eastern at Bhuiyapara near Pathsala.