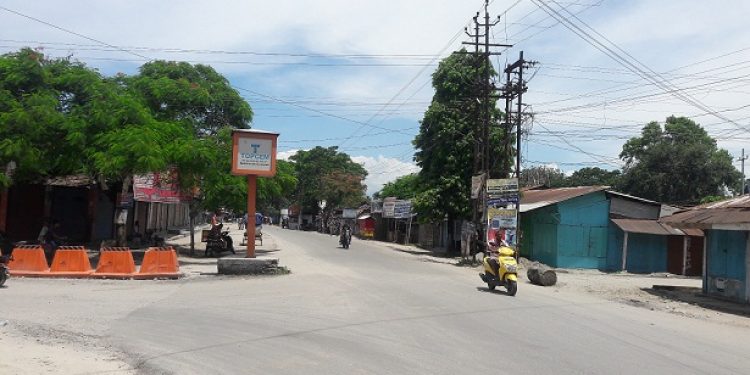 The 48-hour State-wide bandh jointly called by the All Koch Rajbongshi Students’ Union (AKRSU), Oboro Suraksha Samiti and Koch-Rajbongshi Sanmilani brought normal life to a standstill across the Udalguri district on Monday.

The organisations called for the bandh opposing reported move to upgrade the Bodoland Territorial Area Districts (BTAD) into a Union Territorial Council.

The bandh affected the business establishment, government, private offices, markets and shops which downed their shutters.

The commercial and private vehicles remained off the roads throughout the day.

Paramilitary and police forces were seen patrolling the townships of the district to prevent any untoward incidents by bandh supporters.

Talking to media persons, AKRSU’s Udalguri (west)chapter president Hemanta Bora Koch said, “We will never accept any Union Territorial Council in BTAD which is a part of historic Kamatapur state.”

He further stated: “If needed, we are ready to give blood but not land.”