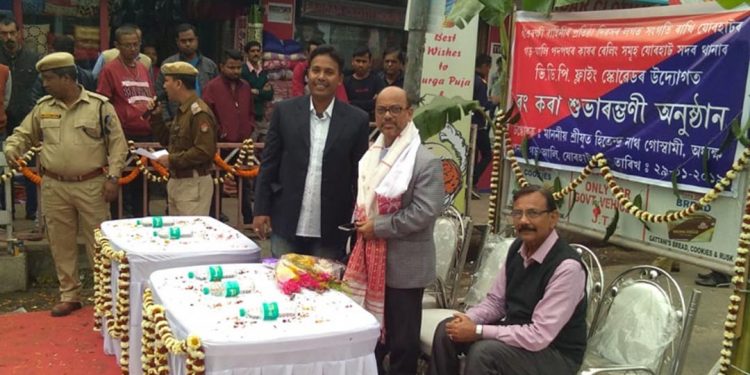 Project Third Eye launched recently here in which 32 CCTV surveillance equipment had been installed in strategic locations of the town to secure shops and houses from being burgled has come a cropper with burglaries continuing unabated here.

A police source said that thieves broke the lock of the godown late on Wednesday night and decamped with goods worth over Rs 15 lakh.

The stolen goods were clothes, tea, medicines and paan mixtures.

On the night of February 12 night thieves reportedly committed theft in a hardware shop in the same Fasi Ali locality and decamped with Rs 6,000 in cash.

Rise in incidence of thefts has caused resentment among the local people who are proposing to meet the local MLA and the State Assembly Speaker Hitendra Nath Goswami to take note of the deteriorating situation and ask the government to take urgent measures.