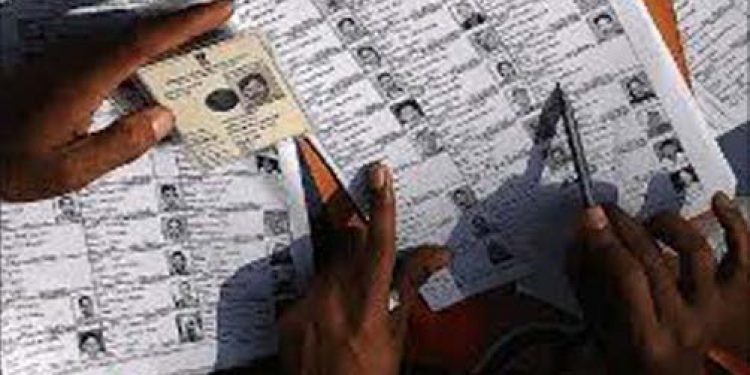 The names of two contesting candidates for ward member along with more than five hundred voters of several villages, which are found missing from the revised electoral roll of a polling centre under Bihpuria LAC area, left the people dumb as the Panchayat poll is nearing in Lakhimpur district.

The incident has taken place in Bikrampur-Tinikonia LP School polling station under Simoluguri Gaon Panchayat, Bihpuria where 554 voters belonging to No. 2 Bikrampur, Tinikonia, Sesa-Baligaon have not found their names in the revised electoral roll meant for No. 8 ward.

The same polling station had 807 voters in the last Panchayat polls 2013, and this should have been increased to 1066 voters this time in the electoral roll of 2017-18.

However, the present electoral roll has only 253 voters’ names which has perplexed the public.

The missing names include Haren Basumatary of the Congress and Kamal Basumatary of the BJP — the two contesting candidates for the ward No. 8 of the Gaon Panchayat. The dejected voters have appealed to the authorities at North Lakhimpur to sort out the problem at the earliest, otherwise the villagers have threatened to close the polling station.

Meanwhile, the Lakhimpur district unit of the All Adivasi Students’ Association of Assam has campaigned not to vote for the BJP. The students’ body pasted posters calling the voters in tea garden areas not to vote for the saffron party due to the party’s failure to fulfill its promises made earlier.

The posters read that the BJP has not implemented the demand of Rs 351 as the daily wage for the tea garden workers and has been ignoring the ST status demand of the same community.

The poster campaign by the AASAA is taking place in Ananda Tea Estate and Bordoibam Tea Estate of Lakhimpur.

The students’ body has also banned the entry of any political party in the tea garden areas from 5 pm to 5 am to prevent distribution of liquour among the Adivasi people for votes.