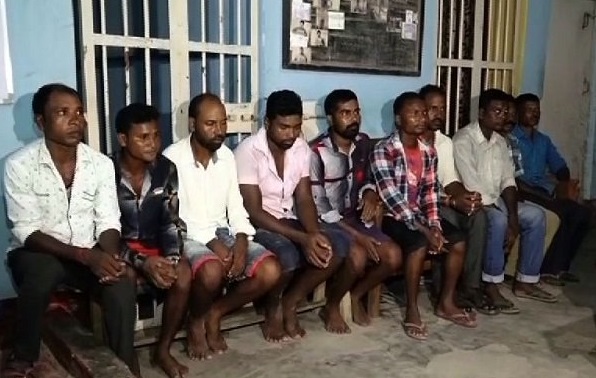 Police have arrested another person on charges of lynching a man and injuring three others at Diplonga Tea Estate in North Assam’s Biswanath district.

Biswanath police on Saturday evening arrested Tulshi Patar from Diplonga tea garden for his alleged involvement in the lynching case. With his arrest, the total number of accused persons arrested in the case has gone up to 12.

Police earlier arrested eleven people after a man was beaten to death and three others critically injured by a mob that suspected them to be cattle thieves.

All those arrested are from the Adivasi community who work in the Diplunga Tea Estate.

Biswanath Superintendent of Police (SP) Diganta Kumar Choudhury said search operation is on to nab all the culprits involved in the incident.

He said that 11 person arrested till Friday were produced in Biswanath court on Saturday.

The court has sent three persons sent to police custody while others were remanded to judicial remand.

The three persons–Phoolchand Sahu, Bijoy Nayak and Pujen Rajbongshi–who sustained serious injuries on their heads, legs and arms, are undergoing treatment in hospital.

The incident took place at Diplonga tea estate, a division of Dekorai Tea Estate about 70 km from Tezpur and about 20 km from Biswanath district headquarters, on Wednesday.

“Four persons from Sootea were travelling in a tempo van without having number plate when they were attacked by a mob at 4:00am. Locals alleged the victims had stolen cows,” Choudhury said.

He also said two stolen cows were recovered from the van. While the driver of the vehicle escaped from the scene, a mob of nearly 20 people attacked the four men with sticks and lethal.