The three persons who have been nominated by State Govt and KAAC as MACs are Ajit Dey, Chandra Bahadur Chhetry and Baburam Kisku 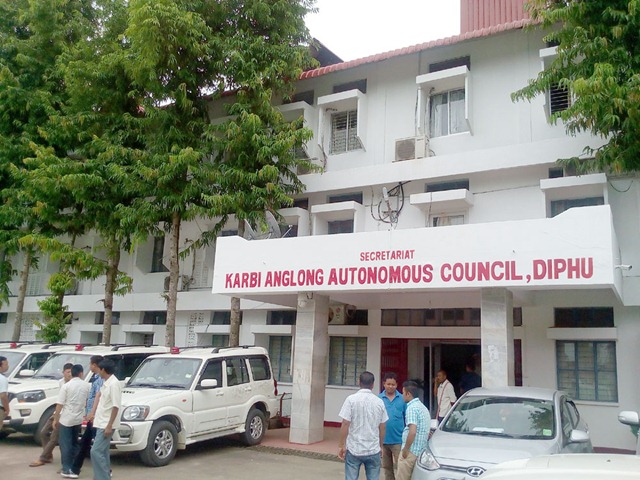 The non-tribal person who have been nominated as MACs by the State Government and KAAC are Ajit Dey, Chandra Bahadur Chhetry and Baburam Kisku.

“By nominating the three non-ST persons as MACs to KAAC, the State Government and the KAAC authority have violated the Sixth Schedule to the Constitution of India,” said adviser of 24+, JI Kathar, in a press conference at the District Press Club of Karbi Anglong.

“Through this step both the State Government and the KAAC have neglected the indigenous tribes, which are unrepresented,” added Kathar.

The 24+ advisor also said, “The State Government and KAAC could have nominated any four from the indigenous tribes of Karbi Anglong – Rengma Naga, Kuki, Shyma (Man Tai speaking), Garo and Khasi.

The organisation also demanded that the nominated members should be from among those with contributions in arts, sports, etc.

“It is clearly an endorsement of Assam Government and KAAC to the Banga Senas, who are carrying on the move to replace Karbi Anglong by Bangabhumi. The Government is turning a blind eye to this anti-Assam, anti-tribe and anti-national underground of Banga army. We condemn Banga Sena and Bangabhumi,” Kathar said.

The 24+ also demanded that the Government order regarding the nomination by the Assam Government and KAAC be immediately cancelled, otherwise, it cautioned that the Scheduled Tribe people of the three hill districts would take non-violent and democratic steps for which the Government will be responsible.