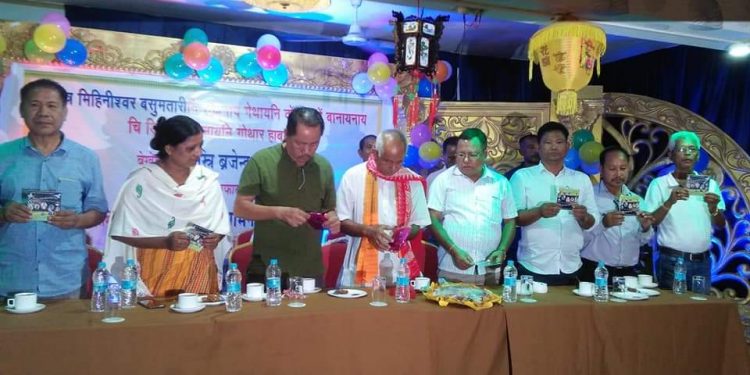 A new audio CD of Mihiniswar Basumatary of Sanjari Nwgwr was released at a function held at Bathou Complex, Kokrajhar on Thursday.

The audio CD with 16 modern and nationalist songs was published by Bilifang Basumatary of Kokrajhar and Choto Basumatary of Dhemaji.

All songs are written by Mihiniswar Basumatary who is also the president of the United Bodo People’s Organization (UBPO).

The songs are sung by noted singers – Bigrai, Fungja, Gossai,  Rohen,  Binita and recording was done at Rongjali Digital Studio, Kokrajhar while music was given by Prabhu Brahma.

He is presently president of the UBPO and Ganatantrik Nagarik Suraksha Mancha (GNSM) based at Simen Chapori in Dhemaji district.

He has five collections of poem books and an analytical book to his credit.

He dedicated the new audio CD to his father Jamini Kumar Narzary and the martyrs of Bodoland movement.

The programme which was organized by UBPO was addressed by former general secretary of the BSS and chairman of UN Brahma Trust Gopinath Borgoyary,