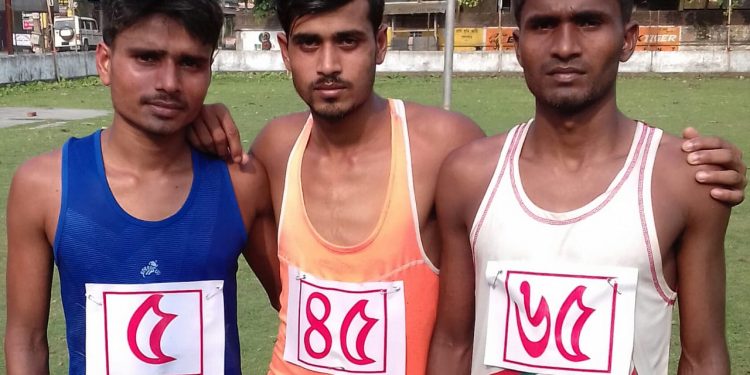 Habibul Ahmed of Sontoli in Kamrup Rural district has emerged champion in the All Assam Prize Money Marathon Race  competition -2019 organized by the  Sadou Mangaldai Rongali Bihu Sanmilani at Mangalai in Darrang district of Assam on Saturday.

Sadidul Islam of the same village became the first runner up while Bipul Satnami of Sivsagar was adjudged as the second runner up.

On the other hand the third best runner Bipul bagged the Arab Ali memorial trophy along with the prize money of Rs4,000.

Besides three best runners all seven other runners who completed the 22 kilometre race from Sipajhar, Narikali to Mangaldai Gandhi Maidan capturing fourth to tenth positions have also been awarded with some special awards.

The marathon race where a total of 26 runners from all over the State have participated was earlier flagged off by superintendent of police, Darrang, Amrit Kumar Bhuyan in the presence of hosts of sports lovers early in the morning.