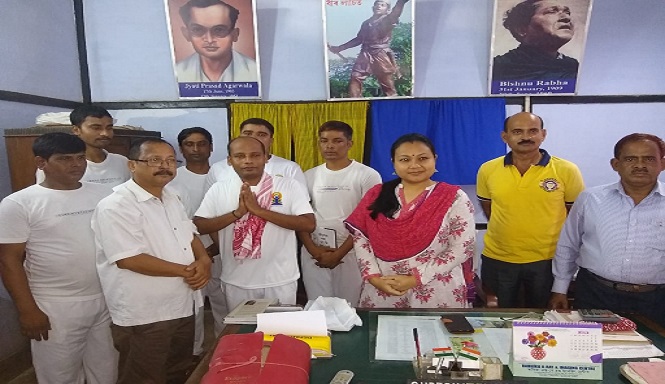 Apart from these three rank holders, four other inmates of the jail who appeared in the exam came out successful.

Altogether 3,073 candidates across the state appeared in the examination.

They all appeared from the Study Centre of the KKHSOU set up in the district jail with the support from Brilliant Academy Junior College.

Mangaldai district jail hogged the limelight for the unique literary culture shown by its under trial prisoners (UTP) consecutively for the last three years.

The news has delighted the jail inmates and other socio cultural organizations. Principal of Darrang DIET Madhab Sarma, office bearers of Mangaldai Media Circle including its adviser Bhargab Kr Das, vice president Hemanta Kr Barua, assistant secretary Ganesh Dutta on Wednesday visited the jail and greeted all the rank holders each with a gamosa and books in presence of in charge Superintendent and Election Officer Mangaldai Antara Gogoi, Jailor Munindra Nath Sarma and other staff of the jail.