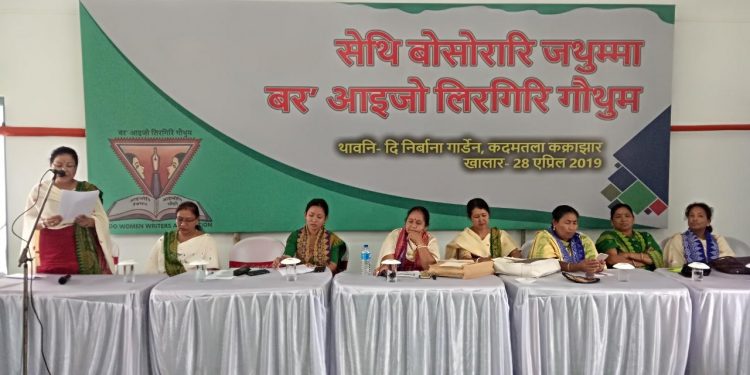 The first annual meet of Bodo Women Writers Association was held at the Nirvana Garden in Kokrajhar with a day-long programme on Sunday.

As per the scheduled programme, president of the association Uttara Bwiswmuthiary hoisted the organization flag followed by homage to the martyrs by noted writer and Sahitya Akademi awardee Anju Narzary.

Bodo women writers from various parts of Assam and students participated in the meet.