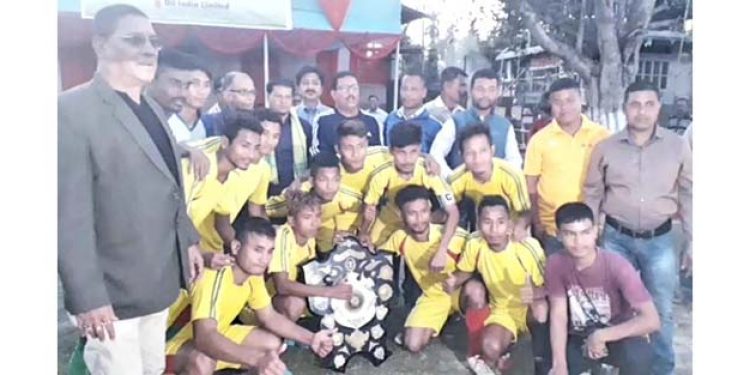 In the final of the premier football tournament of the State Kehutoli upset MSA Super Division Football League champion Sira Seuji Sanggha by a solitary goal.

After a barren first half, Amesh Ali through a solo move from the left flank surprised the Sira Seuji custodian with a accurate left foot salvo in the 29th minute of the second half.

By virtue of this win, Kehutoli lifted the Amba Medhi memorial running trophy along with a prize money of Rs 35,000 while the runners-up Sira Seuji Sanggha received the Ratneswar Kataki memorial trophy besides a cash prize of Rs 25,000.