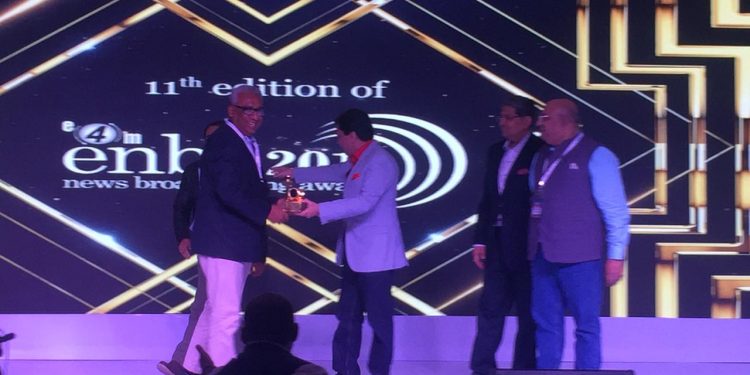 NDTV India‘s Ravish Kumar on Saturday accepted the Best Hindi News Channel (Jury’s Choice) at ENBA on behalf of the channel on Saturday.

Mrinal Talukdar’s reporting of NRC through his programme ‘Bisleshon’ has been awarded as the Best News Coverage (East).

This is the most prestigious TV broadcasting awards dominated by the biggies like NDTV, India Today, Zee and BBC.

However Times Now and Republic TV could not get any awards.