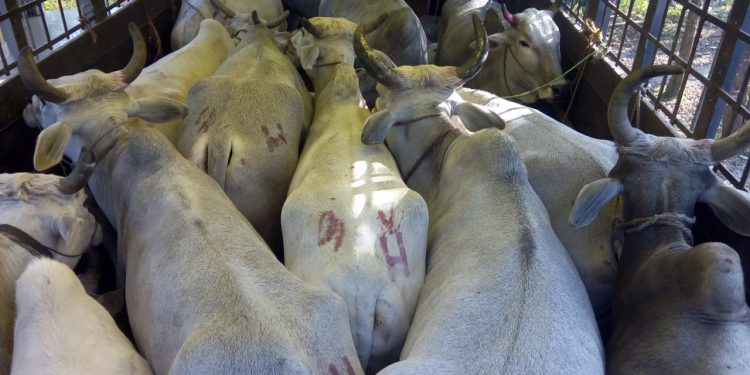 Binanda Basumatary, the officer in-charge of Kokrajhar sadar police station said that the truck bearing registration No AS-01-GC-2244, transporting 18 cattles illegally was intercepted at National Highway 31(C) in Karigaon area of Kokrajhar and later seized the truck along with the cattle.

The cattle loaded truck was on way from Dinajpur in West Bengal to South Salmara in Dhubri bordering Bangladesh.

Basumatary also said that a Maruti WagonR bearing registration number of West Bengal was also seized which was using by the smugglers.

He also said that more investigation is on.