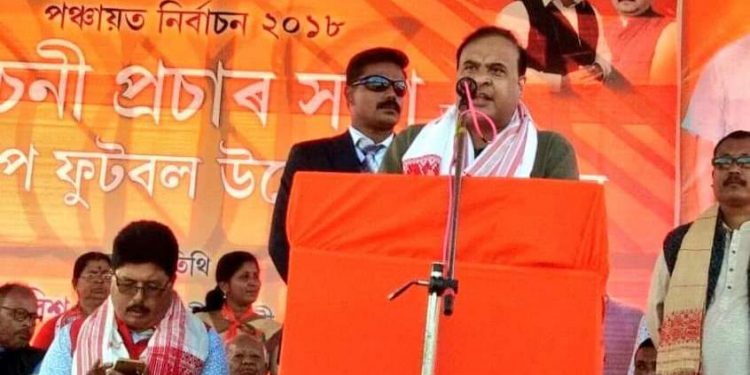 Addressing a poll rally in Dr. Bhupen Hazarika Stage near Leelabri airport, Sarma lambasted Lakhimpur MLA Utpal Dutta for betraying the BJP workers during this elections who had voted him in 2016 assembly polls.

Sarma said that Lakhimpur MLA Utpal Dutta had done nothing in his constituency in the last twenty five years and alleged that the local MLA had embezzled funds meant for development in Lakhimpur LAC area.

Dr Sarma further said that Rs. 40 crore fund for the construction of roads in the Telahi Gaon Panchayat areas, an area that was in news regularly for lack of development, had been siphoned off by the present Lakhimpur MLA.

He also spoke about the achievements of the present state government and asked the electorates to vote for BJP in the Panchayat Polls.