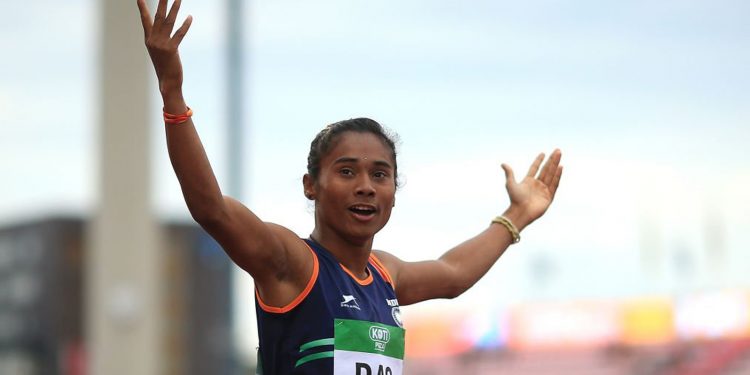 Hima, despite struggling with a back problem for the past few months finished at the top clocking 23.97 seconds to clinch the gold while V K Vismaya bagged the silver in 24.06 seconds.

This was Hima’s second competitive 200m race of the year. She has a personal best of 23.10 seconds, which she clocked last year.

In her first competitive 200m race of the year, Hima, dubbed as the Dhing Express had clocked 23.65 seconds on her way to gold in the Poznan Athletics Grand Prix, also in Poland, on Tuesday last.

Hima is the reigning world junior champion and national record holder in 400 m.