Assam: Hagrama unleashed a shocker; says no land patta if not voted for BPF 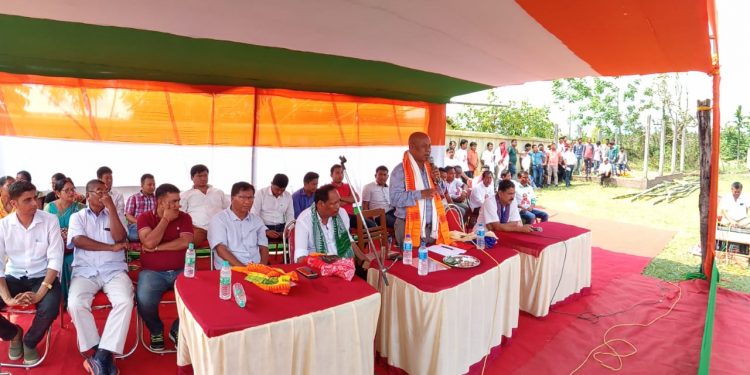 The Bodoland People’s Front (BPF) president and chief of BTC Hagrama Mohilary unleashed a shocker on Tuesday saying land pattas will not be given to those who will not vote for BPF party candidate Pramila Rani Brahma.

Mohilary accompanied by the Kokrajhar Rajya Sabha MP Biswajit Daimary on Tuesday campaigned for Pramila Rani Brahma, the party candidate for the 5 No Kokajhar (ST) constituency at Ultapani bordering Indo-Bhutan.

In his speech Mohilary also said voting for UPPL candidate means strengthening NDFB who will then start killing people once they become strong.

With just few days to go for the third phase election on April 23, different political parties and candidates are reaching out to the general public to woe the voters.

President Hagrama Mohilary said the BPF party has the support of the people and expressed confidence of a big win for the party candidate in Kokrajhar and the alliance BJP AGP in other constituencies. He said the party is getting support from all, irrespective of caste, creed.

Mohilary said the party had fielded Pramila Rani Brahma for 5 No Kokajhar constituency to pave way for good governance, all round development and social integration in the region.