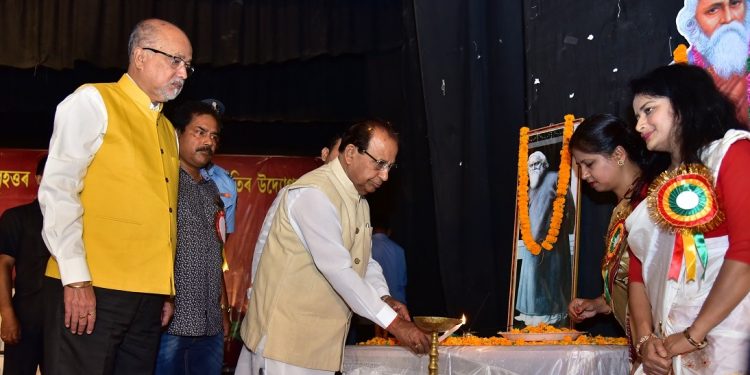 Speaking at the function which was organized by Greater Guwahati Rabindra Jayanti Udjapan Samiti, Governor Prof Mukhi said, “On the occasion of the birth anniversary of Gurudev Rabindranath Tagore, I pay my humble tribute to this great creative genius, who authored India’s national anthem and contributed immensely in the field of literature and brought laurel to our country by winning the first Nobel prize.”

Recalling his rich contributions to the humanity, Prof Mukhi said that the younger generation should be encouraged to know about the Nobel Laureate.

“We look upon him as the source of beauty and knowledge as well as inspiration.  His ideas and ideals will continue to inspire and encourage the whole humanity in the days to come,” the Governor added.

Member of Parliament Ramen Deka, vice chancellor of Down Town University Prof Amar Jyoti Choudhury, noted singers Sudakshina Sharma and Pulok Bannerjee were also present along with a host of other dignitaries on the occasion.