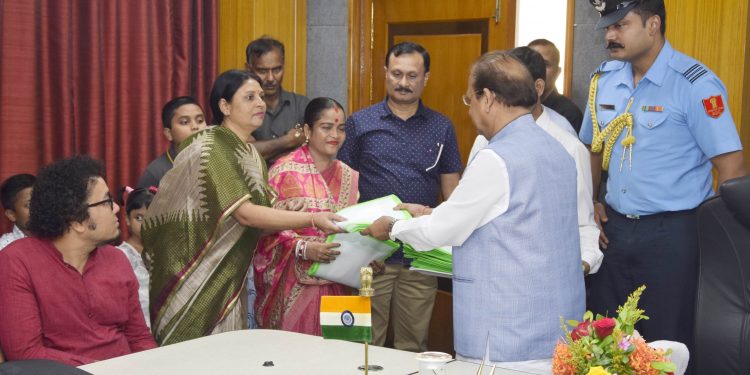 Assam Governor Prof Jagdish Mukhi on Wednesday made a blanket ban on the single use plastic at Raj Bhavan campus at a simple function held at Raj Bhavan.

This was done in a move to pay a fitting tribute to Mahatma Gandhi on the occasion of his 150th birth anniversary and take his dream of cleanliness to a logical conclusion.

Lauding Prime Minister Narendra Modi in initiating a tirade against single use plastic in the nation, Governor Prof Mukhi said that everybody will have to sincerely contribute to the mission of plastic free country.

He also reiterated that the ban on single use plastic will prove to be a boon to Assam, a green and serene state, the economy of which is predominantly dependent on plants.

The Governor also said that the ban on the use of single use plastic in Raj Bhavan campus will have a cascading effect, as he advocated for every pocket of the society to lead the way for a plastic free state.

He also said that the move will be a step towards transforming the state into an organic hub of the North East.

On this occasion an Assamese short dance film titled ‘Vaishnava- being Humane’ produced by Mridusmita Das was released by the Governor.

Secretary to the Governor Sanjiv Gohain Baruah, other Officers of the Raj Bhavan, other staff and their family members were present on the occasion.