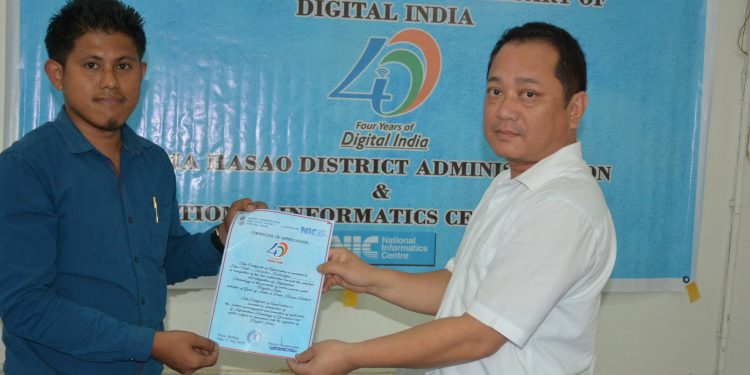 The meeting was conducted jointly by the district administration in collaboration with National Informatics Centre (NIC).

In his speech ADC Jidung said that ‘Digitization has helped to leverage the power of technology into the normal life of human being by offering swifter and thus better service’.

Appreciating the staff engaged in e-governance, he said that various services such as issuance of certificates, license and many services as such have become swifter.

Certificates of appreciation were awarded to 15 employees of the district administration to encourage and appreciate their effort and service towards public.

All the staff and officers of the district administration were also present during the meeting.